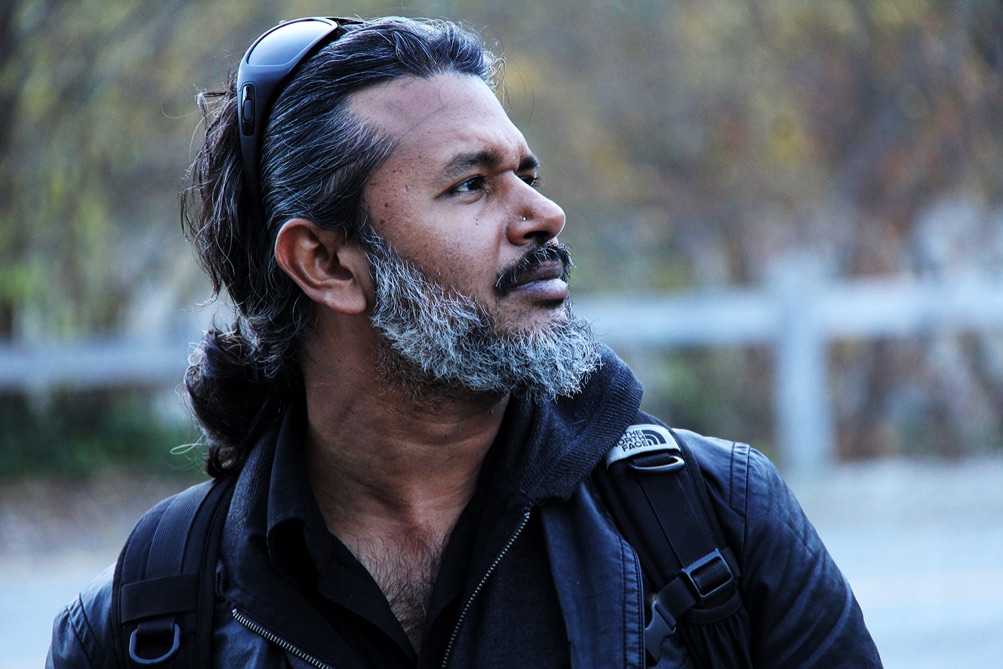 Shehan (or ‘Sir’ Shehan as the wider team refers to him) is a self described Writer, Creative, Author, though these titles seem rather dull when contemplating his rather extraordinary experience & collection of accolades.

Truly a citizen of the world, Shehan spent over 20 years working for ad agencies, tech firms, media houses, start-ups and multinationals across London, Colombo, Sydney and Amsterdam and Singapore.

Shehan has published two novels and one childrens’ book. His debut novel Chinaman: The Legend of Pradeep Mathew, won the 2012 Commonwealth Book prize and is currently in development as a TV series.

In 2012, he even met the Queen – a rather fitting trope for someone who speaks with the grace of an English gentleman. Shehan brings to the team a much needed air of class and sophistication within a team swamped in ingenuousness. In the afternoons you’ll find him sipping Ceylon tea while reading graphic novels.

Though a copywriter by trade, Shehan is integral to the design process itself, devising & structuring strategic content alongside the creative team. What sets Shehan apart is his cross-platform versatility & deep understanding of online user behaviour. Not only is Shehan capable of writing an award winning novel (several, actually), but crafting content that’s designed for how people ‘actually’ read online.

DESCRIBE YOURSELF IN 2 SENTENCES

Failed cricketer, failed rockstar, failed vegan; writer of manifestos, calls-to-action and punchlines; observer of people, machines and markets.
Does not know how to use semi-colons; and unable to spell diarrhea without assistance.

WHAT GETS YOU OUT OF BED IN THE MORNING

I’m usually up at 3am which is technically still the night before. At that hour, my kids, my phone and my social media are all asleep. And the idea goblins are awake. That’s when the magic happens.

WHAT’S YOUR PHILOSOPHY (FOR WORK)?

Not really a philosophy, more a technique, and not a particularly original one. Work for 50 minutes and take 10 minute breaks. Fill those with fun stuff that get you away from your desk.
On a good day, I get to play guitar, bass and piano, do some yoga, meditation and cardio, and sit in the garden with a magazine. So even if nothing gets done during work hours, at least the day’s not wasted.

WHAT ARE YOUR HOBBIES?

Just mentioned the main ones.
I used to enjoy hanging with kids and travelling around Sri Lanka. But now since I’m forced to combine those two activities, it’s less like hobby and more like work.
The words “Surfing”, “Diving”, “Martial Arts”, “Coding”, “Cooking” and “Poker” have been on my New Year Resolutions list since 2007.
One of these decades, I hope to cross at least a couple of those off.

WHERE DO YOU GET YOUR INSPIRATION?

We can do a lot